I just flew into Manhattan for 5 nights, the day after the second biggest blizzard in New York history hit the city. The day I arrived, Central Park had over twenty-six inches of January snow covering the ground, and the state of emergency had just been lifted by Governor Cuomo. I checked into The Trump International Hotel  at #1 Central Park West on the corner of Central Park and Columbus Circle. How would Donald Trump, the hotelier compare to Donald Trump, the Politician? I would soon come to find out.

All political views aside, I think it’s safe to say that Mr. Trump is not a rule follower, likes to set his own agenda, speaks his mind, and believes he knows what’s best. He’s not big on empirical evidence (climate change is a hoax?), nor on immigration for certain types of people (he likes Europeans), and he’s ready to repeal and replace healthcare for all. So, I asked myself, can these same qualities be assets in the field of hotel ownership/management?

For example, his hotel is built like the America he foresees. The Trump International has no lobby, and only one entrance/exit door. There are two small sofas adjacent to the check in desk and everyone must walk through this corridor to be admitted to the hotel. I came to understand that celebrities find this feature of upmost importance. They can enter the hotel, pass the sofas, and take the elevators directly to their room. They do not need to pass a lobby full of fans, paparazzi, or potential thieves. They can rest assured that no one is admitted into the building that doesn’t belong here. 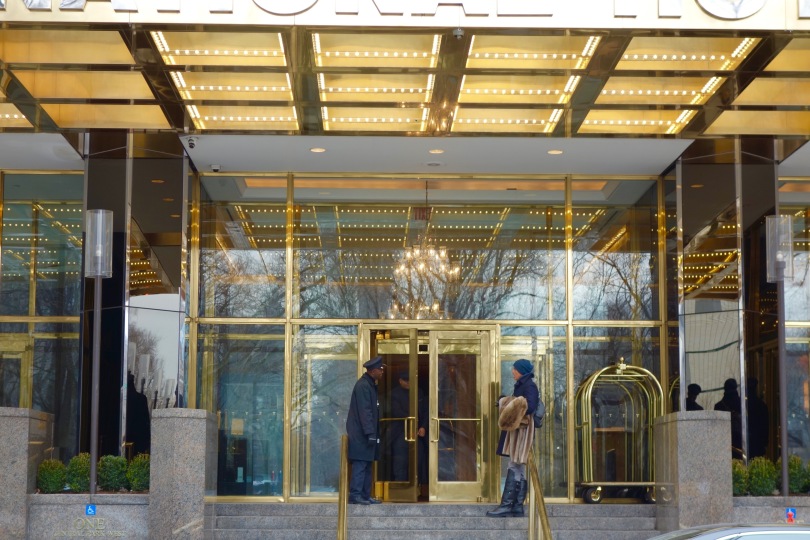 Mr. Trump believes he knows what’s best, and therefore he provides his guests with Trump products. Each guest has an unlimited supply of Trump bottled water, Trump bath and body products, Trump Sewing Kits, and even Trump Truffles. The body products scent resembles a fresh ocean breeze. It must be the Arctic Ocean however, since his products are made in Canada. As I used my Trump bath scrub, shampoo, and cream rinse, I kept wondering, “Is this what The Donald smells like?” Maybe it was just because I was naked in the shower, or maybe I was just letting the ocean breeze take me away….. 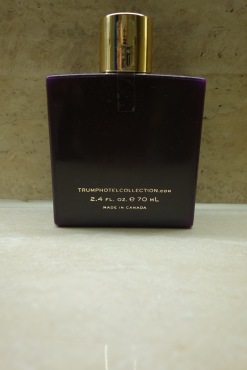 Mr. Trump wants to “make America great again.” If a hotel wants to be great, one thing they can do is to give guests numerous choices to choose what is best for them. Customize the experience! Most hotel rooms at The Trump International come with a Crystal Schonbek chandelier over the dining area, a kitchen with sub-zero refrigerator, microwave and cooktop, multiple thermostats for each section of the suite, an in-room office with blu-ray machine, desk, free wifi (no code needed), and enough plugs to recharge about 20 various iPads, iPods, iPhones, watches, laptops, and gizmos. Turn-down service includes linen floor mats, slippers by your bed, robes, the weather report for the next day, and hot chocolate or tea should you request it. There is even a “pillow menu” to select the perfect pillow(s) for your ideal night. Room Service is provided by Jean-Georges, the crown jewel of world famous chef Jean George Vongerichten’s restaurant empire. You can definitely get things the way you’d prefer them. 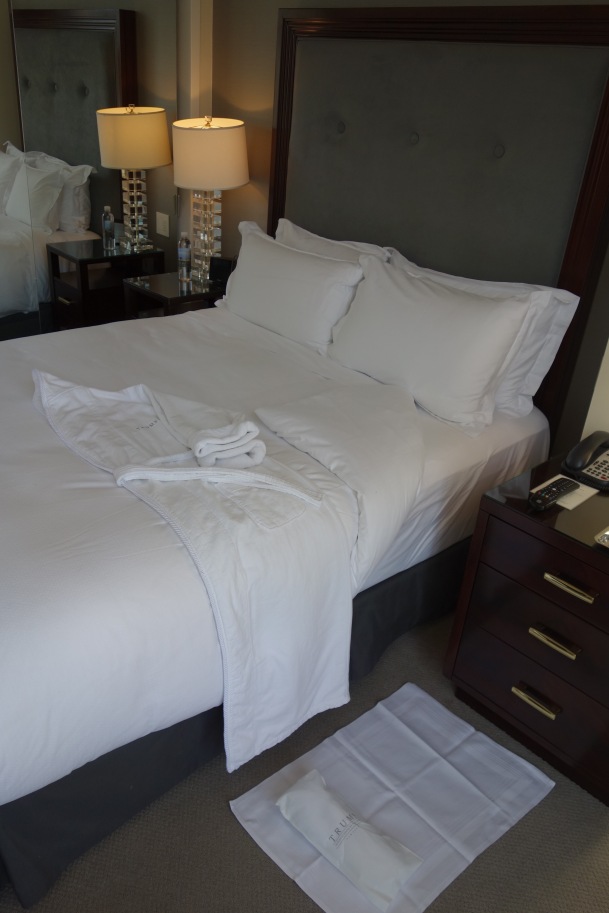 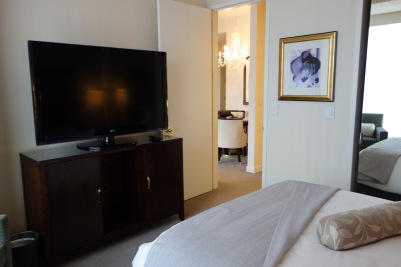 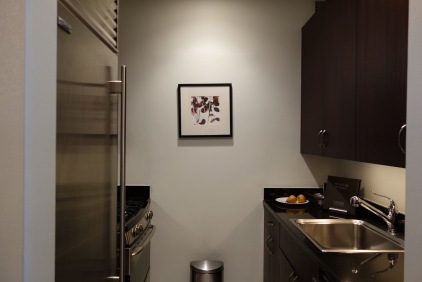 Donald Trump, the Politician, decided to forgo the Republican Debate while I was staying at The Trump International Hotel. His point being that Megyn Kelly’s prejudicial questioning of him during the previous Fox debates, was not something he wanted to repeat. He was tired of Fox making large profits in advertising dollars during the debates with him as the star. In his hotel, the guest is definitely the star. There is a “house car” waiting outside to drive you promptly to your dinner, shopping, or theatre engagement should a taxi not be readily available. By our second day, every doorman and concierge greeted us by name. When we returned each day or evening, they wanted to know how our adventures had been. I almost felt like Mr. Trump was hiding in the back room telling the staff to “make sure the guests have a HUGE experience!”

I’ve heard that the majority of Trump devotees are people sick of the system and wanting a radical change. The parallel to Trump, the hotelier, is that service and luxury are key at his hotels (I have also stayed at the Trump Chicago). Is this a radical change to the system? I suppose it matters what you are comparing it to. Compared to the surf camp I went to in Costa Rica….hell yes! Compared to the hotels I stayed at while in Japan? No, it’s the expectation. Would a Muslim feel comfortable here? An undocumented immigrant? Gay marriage partners? I have no doubt that the staff would welcome each of them with open arms… Whether or not they would like to support Trump the Hotelier, is entirely another decision. 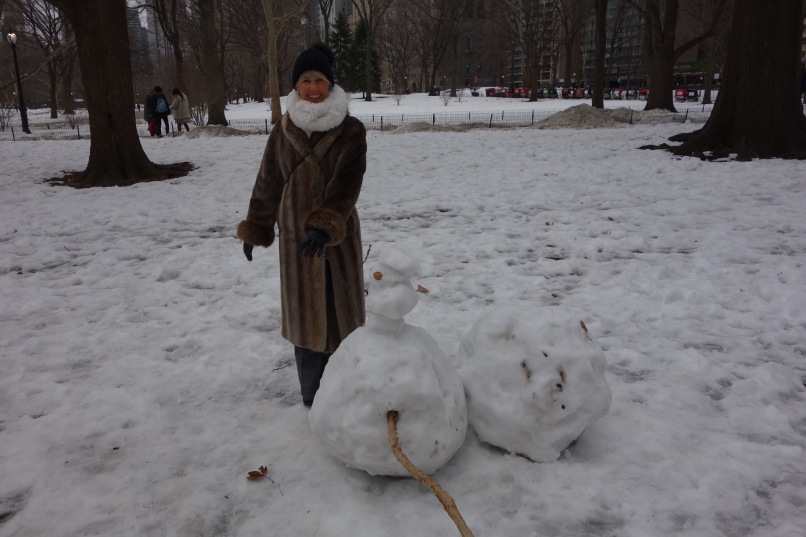 Addendum: Mr Trump has just been elected as our next President. I imagine his hotel empire will continue to run smoothly and business will only increase. Whether or not the country will run smoothly is yet to be determined. I think it’s a pretty safe bet to say that the staffers in the White House will be consuming Trump Water and smelling like the Ocean Breeze.

Why I Marched With My Daughter