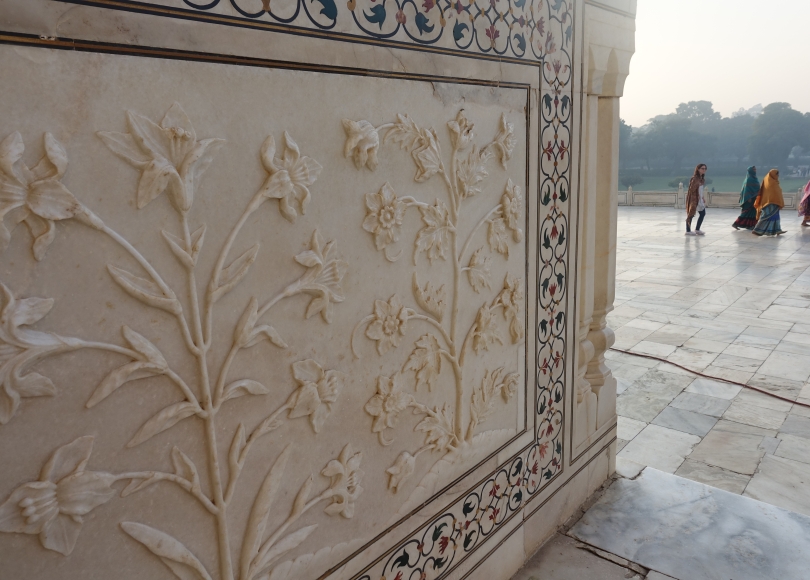 It’s not everyday that something takes your breath away. I arrived in the Garden of the Moon ( a large field) at sunset. Across a shallow lake, I could only glimpse the building that was to make me gasp in the morning at dawn. The tomb that was built in 1632 by the Mughal emperor, Shah Jahan to honor his favorite wife, took my breath, my heart, and my awe. Our guide explained that the Persian architect of the Taj  Mahal (Ustad Ahmad Lahauri) was killed by Emperor Shah after he completed the architectural job, so that no other beautiful designs could be rendered by his hand. I got in line at 6:45 AM as the sun was rising, to enter the Taj property. There were separate lines for the anticipatory men and women, as everyone goes through a metal detector and a thorough “pat down” before entering. As we turned the corner and came upon the white marble building, it really is more stunning than you can imagine. The look on each visitor’s face is one of pure happiness….whether Muslim, Hindu, Christian, or Agnostic. It’s as if each guest is hearing a symphony of their favorite song and they are dancing in their eyes. 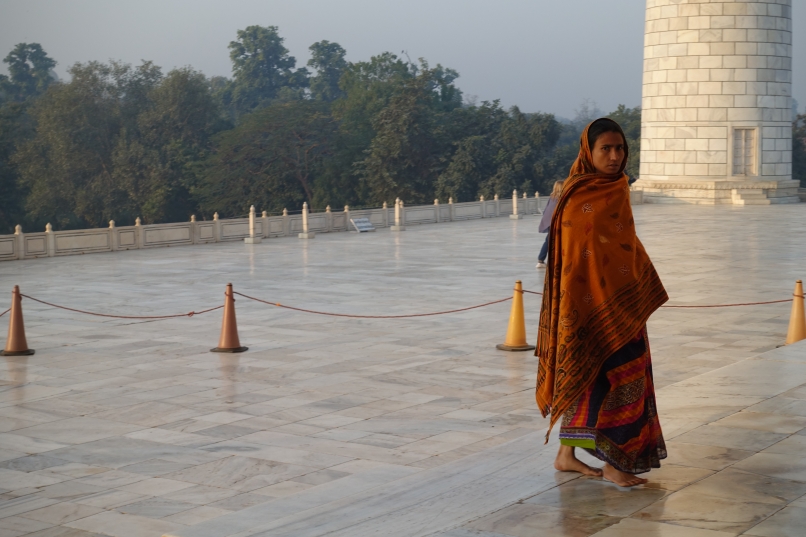 When you get up close, you are surprised that the facade is carved with flowers and patterns (not smooth), and the small flowers and written decorations are actually semi-precious stones (turquoise, lapis, coral) inlayed into the marble. In the interior space, you see an orange stone called carnelian. It’s translucent, like the marble. The orange marigolds and daffodils are inlayed with it, and they occasionally shine with the beams of light through the small prism windows. Exquisite. 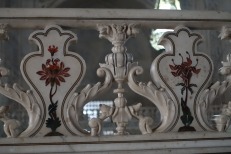 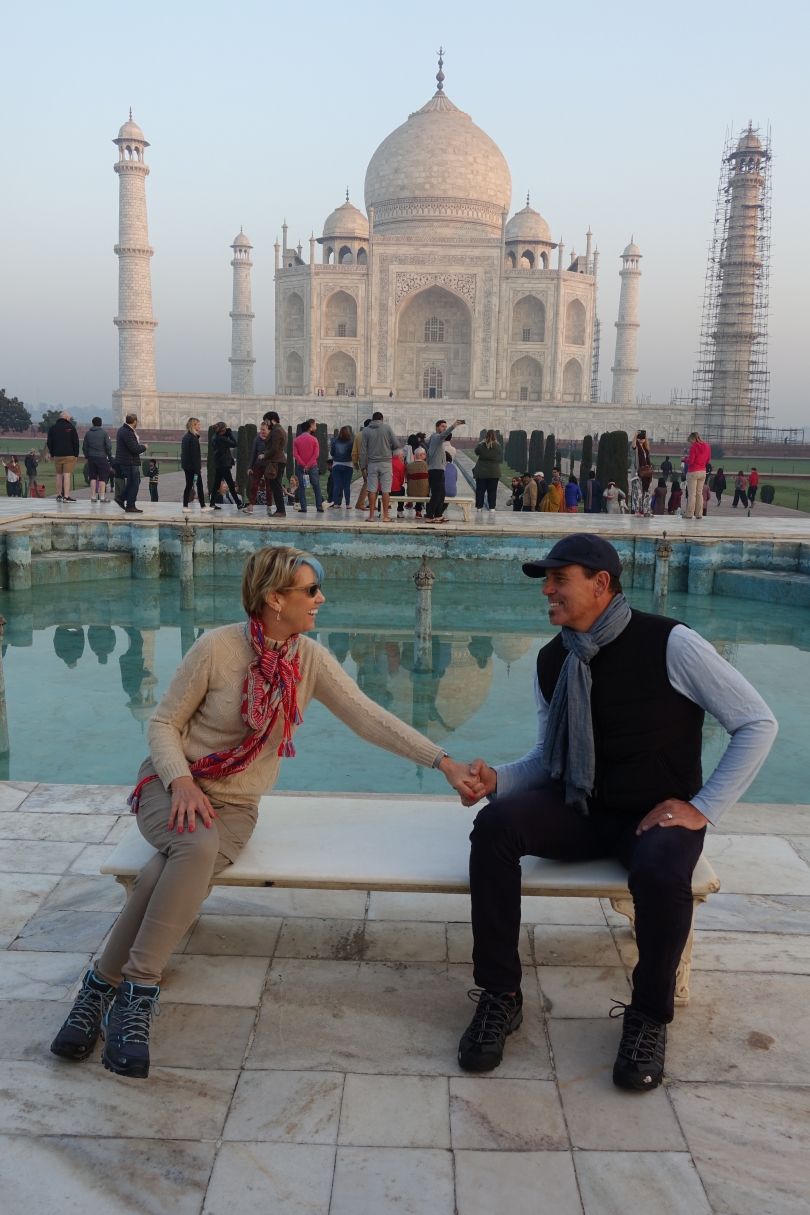 Following the Taj Mahal, we toured the Agra Red Fort, which was also designed by Lahauri, prior to the Taj. It was in this fort that the Emperor Jahan was later imprisoned by his son. In this case, imprisonment wasn’t all that bad, since he was still allowed his harem of 6000 women and his lavish life style, in a form of “house arrest.”  I learned that the harem was protected by eunuchs (men without their testicles). Our guide explained that there is a big problem with eunuchs today in India. He said they are like the mafia, and they appear at your home to collect a fee for blessing your newborn infant. If you do not pay the fee, they dance naked outside your home daily until you pay. The fees are hundreds of dollars. To top it off, the eunuchs are people who get castrated on purpose so they can collect these fees. Interesting employment option. Now, seeing THAT would really take my breath away.

Living In A Palace In India

I Flew To India For A Wedding

A Luxurious Search For A Tiger